May 2020. Continuing to watch and pray together for the overcoming of homophobia and transphobia. Because “we are all one in Christ” 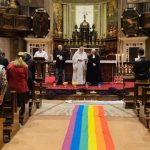 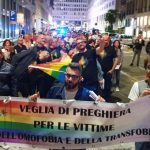 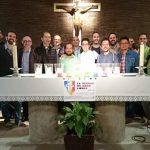 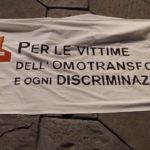 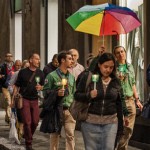 “There is neither Jew nor Greek, there is neither slave nor free person, there is not male and female; for you are all one in Christ Jesus.“(Gal 3:28). These words of Paul, chosen in a highly participated online poll, will unite all ecumenical cults and vigils for the overcoming of homophobia and transphobia this year.

An ecumenical initiative, dating back to 2007, that joins together in prayer many LGBT Christians and Christian realities, Catholic and Evangelicals, in Italy and abroad, in the days before and after the International Day against Homophobia, Transphobia and Biphobia on May 17. Through this initiative, participants pray that our society and our Christian communities may be “ever more welcoming and supportive sanctuaries for LGBT people and all those persons affected by discrimination”.

Once again, Catholic parishes and Waldensian, Methodist, Baptist and Lutheran Churches, scattered across Italy and abroad, will open their doors to host these moments in which, as Paul the apostle reminds us, we as Christians are called to remember that God is love and the only law for man to follow is the freedom to love as he is loved. This is the only way by which religious and cultural, social and gender barriers can be overcome and every kind of division can be removed because we are all children of the same Father, brothers who welcome one another in their diversity.

But does it make sense today to watch and pray together for the overcoming of violence related to homophobia, transphobia and all sort of discrimination? Should we listen to the same old controversies unleashed by the usual “scribes and Pharisees” on duty who live in our churches? Do we still need to remember the many – too many – lives shattered by the violence of homophobic intolerance and the fear of diversity, be it migrants, poor or foreigners? Each one of us has the task of finding the answer to these questions.

During last year’s vigil in Milan (Italy), the Waldensian pastor, Daniela Di Carlo, recalled that these moments of encounter are necessary to remind us believers that we “have been called by name, we have been adopted by God and each one of us is precious in his eyes! May God allow us to live without fear and with the ability to dream of new horizons where we can see ourselves as beloved creatures!”.

During the vigil in Cagliari (Italy) last year, the Baptist pastor Elizabeth Green said that in these moments “the Scriptures are able to do what is so difficult for us and our society to achieve, that is to unite equality and difference“.

Anna Battaglia, a Catholic mother of a gay son and the organizer of last year’s vigil in Ragusa (Sicily, Italy), shared her views to the daily Catholic newspaper Avvenire: “Who, if not us, has the task of bearing witness to the message of love preached and incarnated in Jesus when our [LGBT] children ask us to walk with them and accompany them in their quest to be born again and live their truth?“.

In his testimony during the vigil held in Parma (Italy) last year, Luca, a young gay Catholic, admitted that “I don’t know where we would be now if those who managed to shed their skin as victims had not done it, if they had not begun trying to live their life in the light of the Gospel, despite the resistance and the little support, while also encouraging others to seek that difficult path of freedom that is able to make us more authentic and to be closer to those who feel excluded, so that victims of some form of unjust discrimination do not become, in turn, perpetrators. Looking back, I cannot not be grateful to those who have truly sown in tears, without any hope, and had to wait for decades before they could see some openness. My heartfelt thanks go to them.”

Now, more than ever, vigils have become an important ecumenical moment for our Christian communities to question themselves on themes and issues that still divide our society and our Churches. Even within the Catholic Church.

* Innocenzo Pontillo is a volunteer of La Tenda di Gionata, a Christian voluntary association, founded by the volunteers of the Progetto Gionata at the request of Don David Esposito, a priest who died prematurely, who “dreamed” that our Christian communities would become “ever more welcoming and supportive sanctuaries for LGBT people and all those persons affected by discrimination“.