“Fortunate Parents”. There is something prophetic in the pages of this booklet

There is something prophetic in the pages of this booklet. And prophetic literature should be read trying to grasp where the signs refer to wider truths. There is no great difference between the prophet Jeremiah who walks around Jerusalem carrying a plow and a couple of parents dancing at the Pride: they are symbolic acts that call attention to wider issues, they are passionate testimonies of those who do not limit themselves to sending a message, but embody it with their lives. And life flows in the words of these parents who have not given up their role in complex moments of their family journey. 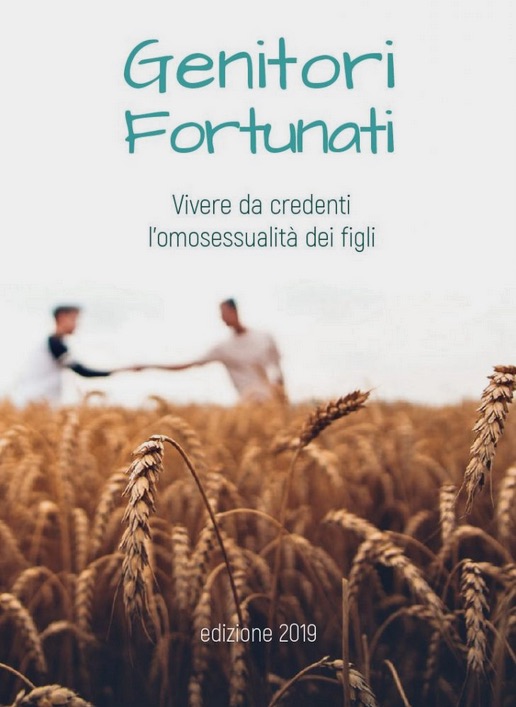 These parents of LGBT children (Lesbian, gay, bisexual and transexual) call the church and wider society to be aware of their existence and not treat them and their children as strangers. They do not wish to impose a certain way of thinking but they do wish to be listened too.

The fact that many have felt so isolated in their time of need is saddening and makes us question deeply what it means to be the church. We should be seeking out the lost sheep, those who struggle and feel discriminated, and yet it seems that not only do we not seek out those in need but we often push them away from the fold. This is a criticism of the neglect and opportunism of a pastoral ministry that does not enter an uncomfortable space which often provokes resistance from loud and often aggressive minorities.

But parents’ tenacity is slowly changing things: Many parish priests, catechists, and pastoral workers who would have difficulty in dealing personally with homosexual people, are starting to question the issue by meeting their heterosexual parents.

And their perspectives can change significantly, thanks to the patient sharing of these parents. This is why their taking sides with their children is not just a political act, but an ecclesial act, of which the Church must be grateful.

The cracks in the wall of marginalization are ever growing, and although our society has a tendency to build barriers to defend itself from everything and everyone, it can’t isolate itself from the reality that surrounds it. Even the walls of Jericho fell and all that was needed was faith and a trumpet.

* Father Gian Luca Carrega is director of the Office for Pastoral Care of cultures of the diocese of Turin (Italy) and, on mandate from his archbishop, he is also manages pastoral activities for LGBT people and their families.